The histroy of the oldest coffeeshop in vienna

Located on these premises was a bath house, first mentioned in 1314. In 1357 the bath house was in the possession of one Peters, wife of the Endres of Prchenfrits, who passed it on to her Husband, Andre the Prchenfrits. The premises owed the Abbots of the Viennese Scots Convent 15 Viennese Pfennigs a year. [The "Scots Convent" was actually founded by Irish monks of Scots Origin. It was the Scots of Ireland who also gave Scotland the Name.] The register of the Scots Convent informs us about further owners during the 14thcentury: Rueger, son of Egidis the barber-surgeon, and Magister Marrus Faber.

The barber-surgeons [German: Bader] were principally healers, but originally no more than bath attendants and owners or tenants of bath houses. Early on, amongst the services offered were cutting hair and shaving. Later on massages, cupping, blood-letting, the treatment of skin diseases, ulcers and wounds, and finally the entire field of surgery were added, making medical supervision necessary. The trade sign of the barber-surgeons was a shaving basin on a pole.

The trade was restricted to certain houses. During the plague the bath houses were officially closed. In 1545 the magistrate of Vienna required the barber-surgeons to be certified. The first examination for the then eleven Viennese barber-surgeons took place on January 28, 1549. The conditions for becoming a master of the trade were three years of apprenticeship, an "honest and free birth" (meaning legitimate), being married, citizenship and a qualified establishment. Nevertheless, they retained the duty of fire fighting.

In 1736 there were 28 bath houses in Vienna. After Magister Marrus, this bath house came into the possession of the Abbot of Heiligenkreuz (a monastery in the Vienna Woods some 40 km to the South-West of Vienna).

On June 12th, 1392, Michel the Gewchramer [Geukramer], Mayor and Master of the Mint, and Niklas Weylpacher, head of the Civic Hospital and city councillor in Vienna, certified to having sold all property of that hospital including its jurisdiction and tithe (all listed separately) to Abbot Coloman of Heiligenkreuz for 700 pounds of Viennese Pfennigs. They received 400 pounds in cash and for the remaining 300 took over the monastery’s bath house, located by the Himmelpforten in Vienna. This transaction was challenged by the Abbot of the Scot’s Convent, the premises’ landlord, about which we are informed in a document from the 21st of July of that year. In it, brother Coloman, Abbot of Heiligenkreuz confirms having discharged for 132 Viennese Pounds a debt of four pounds of Viennese Pfennigs incurred on the bath house by Ulrich, Pastor of Burg Schleinitz and Chaplain of the St. Paul’s Altar by the Himmelpforten. The site actually belonged to Heiligenkreuz but was subservient to the Scots. Since he did not have the obligation at hand but nevertheless wanted to sell the bath house, and since Abbot Donald, the landlord, denied his consent, Coloman gave him the mentioned letter of indemnity.

The bath remained in the possession of the Civic Hospital until 1615 and was known as the Civic Hospital Bath. The barber-surgeons of that time were thus merely tenants or attendants. Amongst them we find Mathes Forster, mentioned in 1549, since May 17th, 1553, Johann Spietznagel, in 1562 Lienhart Echart and Urban Khumpfmüller, and Kaspar Ball in 1591, who resigned when he inherited the bath at Wallnerstraße.

His successors were:
In 1607 Bartholomäus Schmiedler, until then surgeon at the Civic Hospital.
In 1613 Christoph Gompelsberger, who had married his predecessor’s widow.
In 1614 Weit Kheyerl.
In 1616 Friedrich Andreas.
On July 20th, 1615, the bath house was sold for 3000 Gulden and 75 Ducats to Maria Khöferlin, wife of the barber-surgeon Niklas Maroldt.
In 1622 it was transferred from the land register of the Scots Convent to that of the Hospital Department.
Maroldt handed over the bath to the Himmelpfort Monastery, which in 1628 appointed the barber-surgeon Wolfgang Kreps and in 1629 Hans Pekh, who bought the bath for 3500 Gulden. He later commited fraud, whereupon the house was transferred to the Privy Cousellor Ygnaz Mipho and his wife Eva, whom Pekh owed 5197 Gulden. The couple sold the bath to the barber-surgeon Christoph Ruepp for 5950 Gulden in 1673.
His wife and children inherited it in 1689. In 1717 Dr. Phil. Franz Ruepp is mentioned as sole proprietor. He sold to the barber-surgeon Cosmos Damian (Amersin).

Soon thereafter it seems that the bath was closed, probably after a new building had been raised on the site of the old one. The very nice four-storey baroque building still stands today. In art photography it has often been called the former "Bacher´sches Haus". Its year of construction has been dated between 1683 and 1769, but since a drawing by Salomon Kleiner from 1725-1735 shows the building with more or less its present façade, the construction must be placed before that period.
Once there used to be a small crooked alley in elongation of Rauhensteingasse from Himmelpfortgasse to Johannesgasse, which has persisted to this day as a public passageway.

In 1775 the house is owned by Franz Ruepp, probably a descendant of the family mentioned above.

In 1795 the building was acquired by Franz Jahn, who had come from Hungary and who had a reputation as an excellent cook. In 1773 Empress Maria Theresia gave the then 28-year-old Jahn the position of cook (traiteur) in Schönbrunn [the Habsburgs summer palace in Vienna], and in 1773 in the Augarten as well. The Augarten became very popular after 1775, when the later Emperor Joseph II opened the park and gardens to the general public and even personally wrote the text to the sign at the entrance ("Amusement area dedicated to all people by their appraiser"). It was greatly Jahn’s merit that the place flourished. It was said that nowhere in the world could you get any better coffee than at Jahn’s in the Augarten(*).

[(*)The Augarten, a former palace garden and park in what is now the Viennese 2nd District, is very popular amongst locals. The palais today houses to this day the Augarten Porcelain Manufactory and the famous "Vienna Boys´ Choir".]
This offered him the opportunity to develop to the highest his experience and sense of business. The Mozart Concerts, established by Mozart in 1782, brought together a selected audience led by the high aristocracy, as only aristocrats had time for amusement during the daytime.
Jahn’s magnificent cooking did it’s own to bring in a large audience. For breakfast he served coffee, chocolate, tea, almond milk, lemonade and all sorts of refreshments. For lunch he served hot dishes, Austrian and foreign wines, frozen foods, liquors and water. In the afternoon it was cooked, fried or roast chicken, according to the season. Jahn was obliged to set up boards with the prices of food and drink, later he had the idea to burn them into his dishes.
After some time Mozart got bored with this mix of fashion show, society and gormandizing together with classical music, so he withdrew from the event. Although the concerts were continued the aristocracy left too, so it was time for Jahn to look for an alternative. 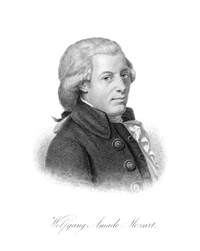 He now concentrated on making his place in the city the best in town, which he succeeded in doing. He organized musical, literary, scientific, dance and other amusing presentations. Indeed there does not seem to be any other restaurant in the world which can say of itself to have treated its guests to musical entertainment by Mozart and Beethoven, as occurred in November of 1788, when Mozart performed a pastorale by Handel, and on April 6th, 1797, when Beethoven performed his "Quintett for fortepiano with four horns".
All festivities, like weddings, anniversaries or dances could be held here, as there were a dining and a gaming room and a salon on the first floor. The "Private Piqueniques" held here were famous, accompanied by the house band with red uniforms and golden braids. Children’s balls and charity balls were staged here. The musical clown Bohdanowicz and his family played piano eight-handed in 1802 and A.W. Schlegel held 15 lectures on drama in March and April of 1808.

Jahn’s son Franz continued the restaurant after his father’s death, but it eventually lost its glamour. In 1812 he sold it to Andreas Popper who ended the business sometime during the 1820s. By then the house was already owned by count Karl Strachwitz. In 1839 it belonged to Johann Ender, in 1849 to Johann and Hedwig Langer, in 1869 to Sigmund Teitelbaum. At that time the sign read "Zum Hopfenstock" ("To the Hop Vine").

In 1877 the building was renovated.

In 1885 possession was transferred to the "Wiener Versicherungs Ges." ("Viennese Insurance Company"), in 1899 the building was acquired by the state and some departments of the Ministry of Finance moved into it, which had moved its seat to the adjacent Palais of Prince Eugen in 1848.

Since 1891 the house has accommodated the well-known Café Frauenhuber. This Café has been able to keep up its good reputation which it had already acquired in the days of the Austro-Hungarian Monarchy, and it still is one of the most popular and best-visited cafés of the bourgeoisie in Vienna.

History of the Cafe Frauenhuber

A very popular café was the one founded by Alois Hänisch, which until 1824 was located at the old Fleischmarkt ["meat market", a street in the central Viennese 1stDistrict] and where you could always have a good conversation. On October 24th, 1824, the café moved to the address Himmelpfortgasse No. 965, in today’s counting No. 6 [also in the 1st District], where he attracted attention with his sign. Around 1827 he had two life-size figures painted on his door-posts by the history painter Erasmus Engerth, one allegedly depicting the first coffee-maker Kolschitzky.

The café had the reputation of being one of the most quiet in town, because its was patronized strongly by pensioned military officers and civil servants, who would play chess and whist. During the carnival season delicious egg punch was served. Then the café would be somewhat livelier. In 1840 the café was acquired by one Kasimir, later, in 1849, by Anton Zagorz, who had it refurbished by Johann Zizula. The café has changed its name a few times, eg. "Kaffeehaus Herzog", and since 1891 it has had its present name, "Café Frauenhuber". 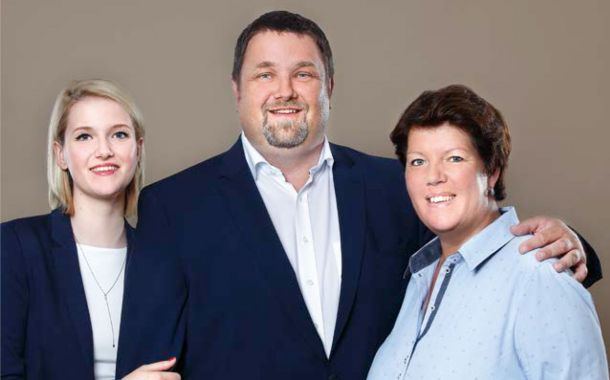 Most of the information was supplied by the author Paul Harrer-Lurienfeld, who patronized the cafe some 30 years ago, in his book "Wien, seine Häuser und Kultur" ("Vienna – Its Buildings and Culture"). The book can be found at the Municipal Library at the Town Hall. The Office for Historical Monuments at the Hofburg also gave us some interesting information. The café was last renovated in 2000. I Hope I have been able to thus preserve a typical old Viennese Kaffeehaus and its atmosphere. Vienna, Spring 2000 Raimund Binder

How you can pay